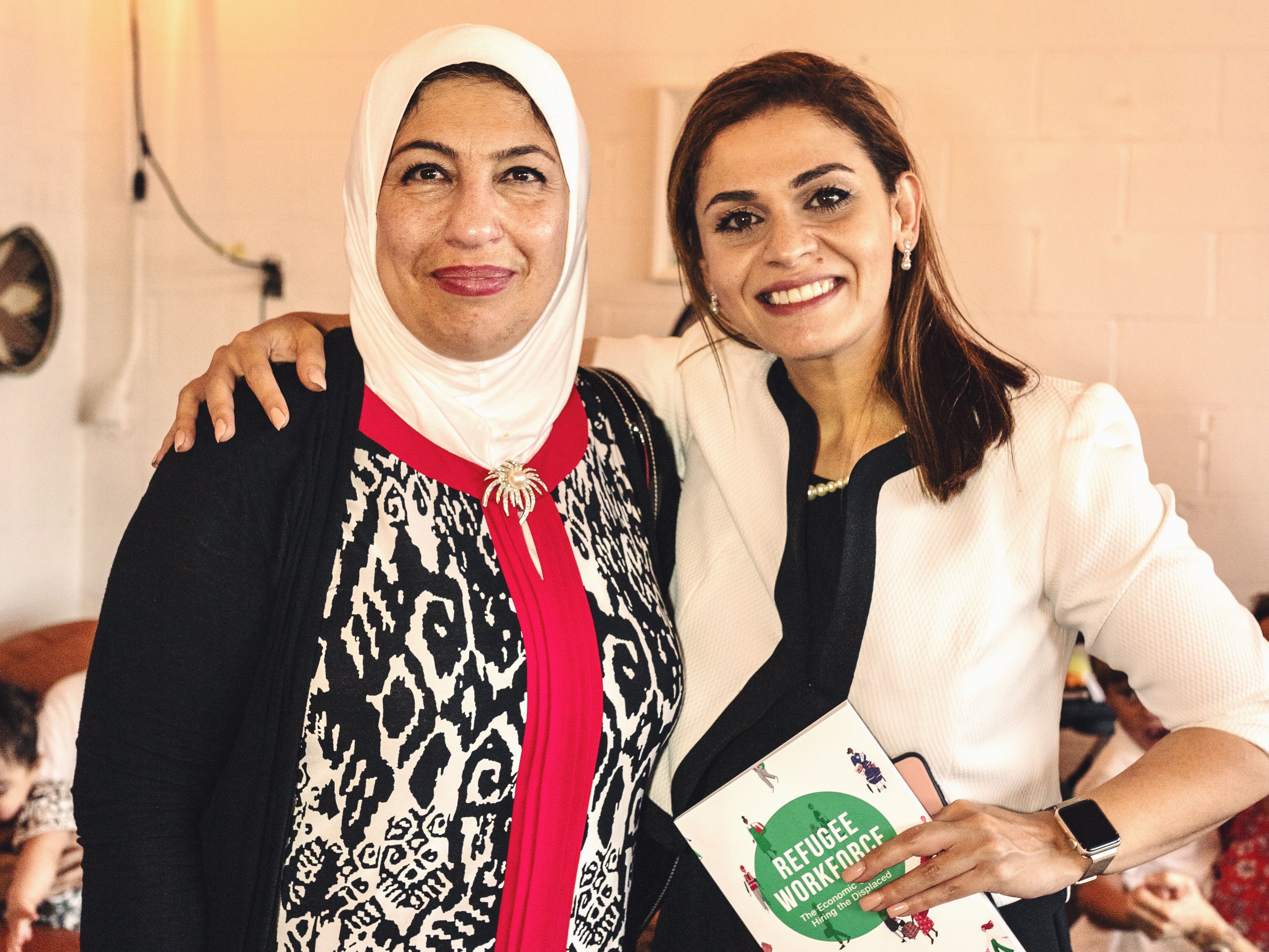 The Trump administration announced yesterday the refugee resettlement cap for 2020 would be set at 18,000. This number may sound like a lot unless you consider the annual average of 100,000 refugees resettled in the 80’s under Reagan and Bush OR the 1.4M refugees needing resettlement right now OR the labor shortage in the US of 7M people to fill currently open jobs.

Yes, the number is pathetic. But we live in a country that has yet to recognize the refugee’s ability to contribute to our economy. Refugees are still seen as a charity case, needing to live out their days on public assistance in the US because they can’t provide for themselves. When they are not categorized as a charity case, they are cast as a terrorist threat, needing close surveillance as they might pose a dangerous threat to national security.

In our experience of placing 5,000 refugees into full time jobs at over 300 American companies, these two categories do not accurately represent the refugee community resettling in the US. Not a charity case or a terrorist threat, refugees are a workforce – increasing retention, productivity and profits at local companies while paying taxes and reducing crime rates in their local communities. Over 70% of refugees resettling in the US are prime working age. 1 in 5 take a job in manufacturing, 1 in 7 in hospitality and 1 in 10 start their own business and employ others.

With over 7 million jobs unfilled in the US, even if we placed every unemployed American in a job tomorrow we’d still have a gap of 1.3M jobs to fill, but our nation and certainly our government has yet to connect the dots between refugee resettlement and economic growth.

So 18K people “draining public resources” is the cap of the moral obligation the current administration feels is appropriate. In facing an election year in which the current administration hopes to point to a decreasing national debt, $36M is as high as they are willing to set the refugee resettlement line item on the budget, which accounts for $2000 per refugee resettled for their first 90 days in the US. This makes perfect sense, unless you consider the refugee workforce generated $63B more than they cost the US government over the last decade. If the government has a P&L statement it would show a 175X return on their refugee resettlement investment.

If business owners around our country could vote on the refugee resettlement cap, they’d say we’re desperate for dependable, hard-working, drug free employees. In fact we hear that message every day from companies across the US and believe the refugee workforce is the best kept secret for the American economy. We believe in it so much, in fact, we wrote a book on it (available here).

With the cap now set at 18K for next year, it’s obvious the connection between refugees and our economy is still very much a secret.

Chris Chancey is the author of Refugee Workforce, a best selling new release on Amazon articulating the economic impact of refugees in America. Additionally he is Founder & CEO of Amplio Recruiting, a staffing agency placing refugees into jobs across the US. Chris launched Amplio in 2014 after moving into a refugee community outside of Atlanta, GA and now leads a team that has placed over 5000 refugees from 40 different countries into full time employment at over 300 US companies in manufacturing, construction and hospitality industries. Amplio has generated nearly $12M in revenue and operates in Atlanta, Dallas, Detroit, Houston & Raleigh-Durham. As a social entrepreneur, venture capitalist, and author, Chris believes in leveraging business to create greater stability for the 70M displaced people around the globe.