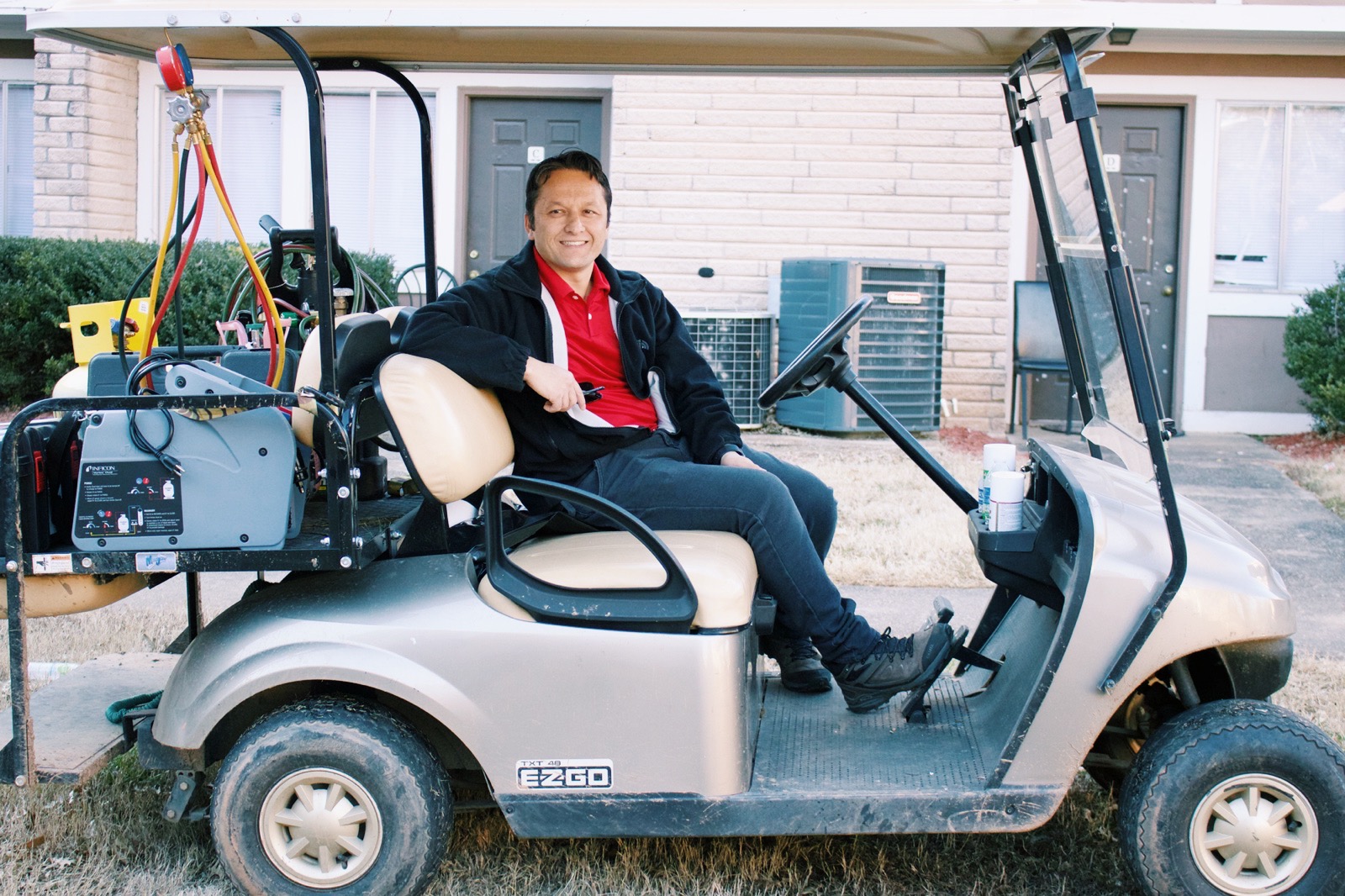 Mohammad is a refugee from Afghanistan who now works as a Maintenance Technician at R James Properties in Atlanta. We interviewed Mohammad to learn more about his story, and what he loves most about his job and his family’s new life in the U.S.

Mohammad, tell us about where you came here from. Where did you grow up? What was your life like?

My family lived in a small house with three bedrooms. I had four brothers and two sisters and we shared the same room. I am the oldest, so I had to look after them all of the time. I helped my father take care of the family. We worked together. He was a tailor. I helped him after school.

War in any country will affect everybody. Kids. Families. Government. It was hard. We heard bad news all the time about our relatives in war.”

What led to your decision to be involved with the U.S. military in Afghanistan?

“Once I graduated from school, I wanted to find a new job. I heard the U.S. military was looking for an HVAC technician. I (went through) six months of basic training on (HVAC) and started a job with the U.S. military in Kabul.”

Was that a hard decision knowing it might cause problems for you and your family?

“For sure it was. The bad people (in Afghanistan) didn’t like foreigners or Afghans who worked with them (U.S. military). But I knew it was going to help not only myself, but my family and my country.”

At what point did you decide to leave?

“After working for almost 10 years with the U.S. military, my life was threatened. I had heard a lot of news about the Taliban taking guys who worked as translators and killing them. I decided to move because maybe one day it could happen to my family. I got an SIV (special immigration visa) and left with my wife, two sons and two daughters.

It was so hard because I could only take my wife and kids with me. I had one brother who was here, but I still had many brothers and sisters I had to leave behind. I think about them and I worry about them. I am always looking for ways to get them here (safe) with me.”

Was coming to America what you expected?

“It’s difficult when you go to a new place. The culture is different. The language is different. You have to find a home for yourself, make new friends, and find a job.”

What was the process of finding a job like?

“Finding a job was not so hard because my brother introduced me to Amplio Recruiting. I went into the office and gave them my resume and completed a short interview and after two weeks they called me and told me that they had found me a job. I met with Chris and Luke and they were such nice people. Here, I do the same job as before — an HVAC technician— I take care of property. But here, there is peace. I am much happier.”

What would you say to people who may be concerned about refugees and immigrants entering our country—that they’re trying to cause harm?

“In every nation there are good people and bad people. Just because there are bad people within a country doesn’t mean the entire nation is bad. I am just a person who wants a better life, a better future for me and my family.”

Why should companies hire from the dependable refugee workforce?

“Most refugees who come to the United States are educated and already had a job back home. They are intelligent and work hard— the refugee workforce is strong.”

Visit www.refugeeworkforce.com to learn more, and sign up for email updates.